If you traveled to see Brickman Awesome by car, please enter through the the Brisbane Convention and Exhibition Centre parking area on Grey St,  go to carpark 3, and catch the lift up to the Exhibition Hall 3. Please be aware that the sessions are booked by the hour, so leave plenty of time.

A friendly Brickman assistant greets you at the door to the Brickman Awesome exhibit, and will take your ticket and give you a business card that prompts you to find the all special figures that have been hidden throughout the whole exhibition, so that you have a chance to win some of best construction toy sets in the world- LEGO®!

Upon entry you are greeted by a very familiar word to any true LEGO® fan- ‘Awesome’ – because everything to do with LEGO®, is Awesome!
Turning to the left at the entry, you have tables on both side of a very wide isle, with very iconic and creative LEGO® builds, that you are allowed to touch. The isles through the whole exhibit are very wide, so there plenty of room for the foot traffic, as well as parents with prams, and anyone in a wheelchair. 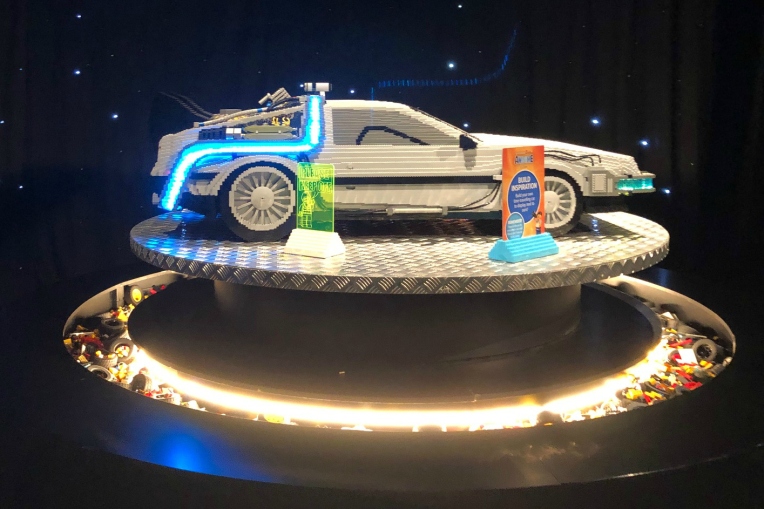 At the end of the isle you see a large build that is a must for anyone who loves aquatic mammals. Just past that on the left was an iconic Australian arachnid, and the sheer size made my mother cringe slightly, but also marvel at the beauty and the detail of the build against a beautiful background.

Around to the right was the most amazing build, that is clearly to honour the sponsor of this awesome event – Toyota. Let me say that this build had young and old marvelling over it, more photos where taken of this model than any other whole I was there, because the attention to detail is outstanding and the models appeal is for all ages.
As you walk around the exhibit, please don’t forget to look up, because there are a few gems up high out of eye level that you definitely don’t want to miss! Not to far away from the Toyota display, anyone can help join in an attempt to build the largest LEGO® snake, using your best creative patterns to create a small design to add to the wall, and parents found this a great photo opportunity that shows their child’s personal creativity and it really helped them feel a part of the display.

There are 2 other opportunities for the kids to build with LEGO® bricks throughout the exhibit. One is for lovers of cute black and white animals that live in the snow. The second is for the kids that are interested in earthmoving, and they will find an amazing build by Ryan, the Brickman, that is just pure inspiration for their personal builds in this area. There are nods to Movie and TV series throughout the exhibit, and the level of detail on these builds is amazing! There are also iconic famous European and USA landmarks and a large scale ride. But I think the ultimate build is at the end of the exhibit, it towers above you and blasts off with light and sounds regularly.

I personally went back through the display several times, because you don’t feel rushed at all, and I really wanted to take in the scale of all of these amazing builds by Ryan McNaught. As you leave Brickman Awesome there is a LEGO® store filled with every LEGO® set that you could dream of purchasing after being inspired by the models inside, as well as bulk tubs of bricks for the creative builder. The store also has everything from souvenir T-shirt’s and caps, right through to torch key rings. 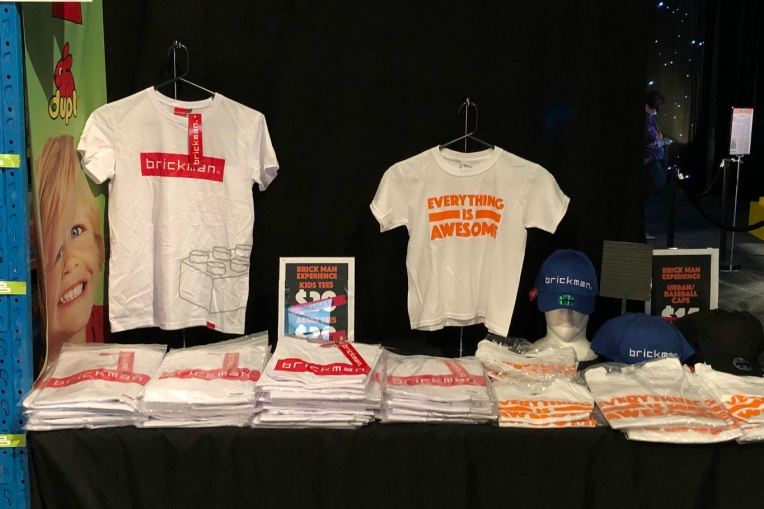 Don’t worry about trying to find the parking pay station, because you can conveniently pay with a your personal bankcard on the way out just before you leave though the boom gates in to Grey Street, Southbank.