On Saturday 9 July 2016 we saw the world premiere Scooby-Doo Live! Level Up! at Her Majesty’s Theatre in Melbourne. Scooby-Doo has been a favourite of ours since childhood, and recently Alegría and Isaac have jumped on the bandwagon!

We weren’t exactly sure about what to expect from the show, and eagerly awaited the show to start as we took our seats and put on our cardboard “Boggle Goggles” (that looked like 3D glasses without the lenses). The show featured all of the ‘Mystery Inc.’ gang, who in 2016, are tech savvy with mobile phones and ghost finding apps whilst still being drawn to 80’s arcade games such as Moustashio Bros, Snack Man and Chase Invaders… funny those names are familiar!

At the beginning of the show, the gang take on summer jobs with Shaggy and Scooby-Doo working at Crystal Cove – The Most Hauntedest Place on Earth and Fred, Velma and Daphne working next door at the high tech store (the name escapes me) that sells “boggle goggles”.

Of course, it wouldn’t be Scooby-Doo if there wasn’t a mystery to solve, so when ghosts begin to appear, “boggle goggles” malfunction, and the crew become trapped inside the arcade games, they must ‘Level Up!’ to escape. 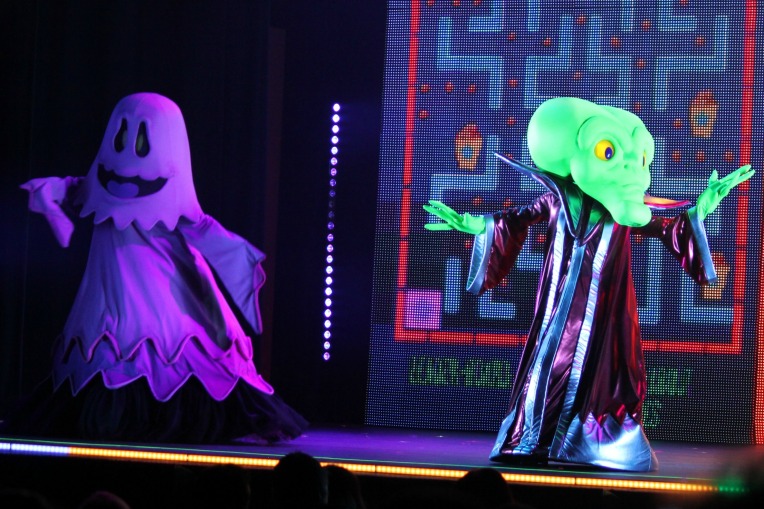 The show is fast paced with catchy musical numbers and there is a lot of audience interaction. The storyline is at times hard to follow and whilst Alegría and Isaac enjoyed it, I don’t think they actually know what it was about. I would suggest that this show is more suited to 8+ if you want them to appreciate the storyline. 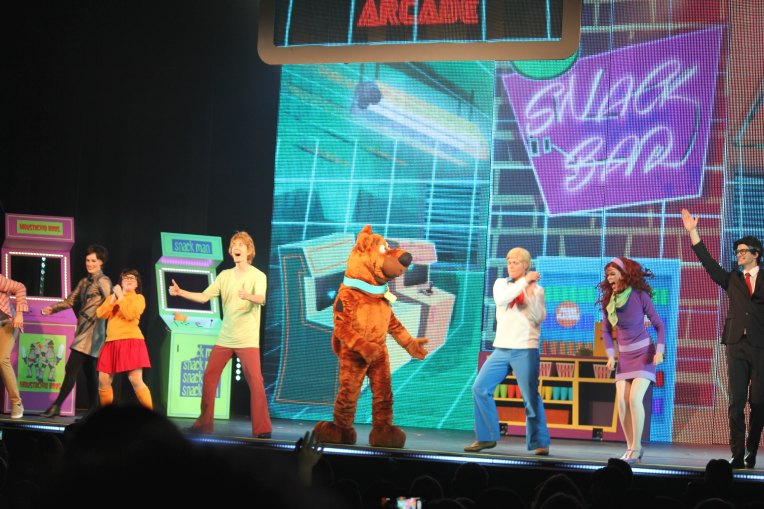 The Melbourne season of Scooby-Doo Live! Level Up has now finished, and the show is headed to Canberra, Sydney, Adelaide and Perth so check it out!