We were thrilled to be invited to the opening night of Santa’s Magical Kingdom in Melbourne! 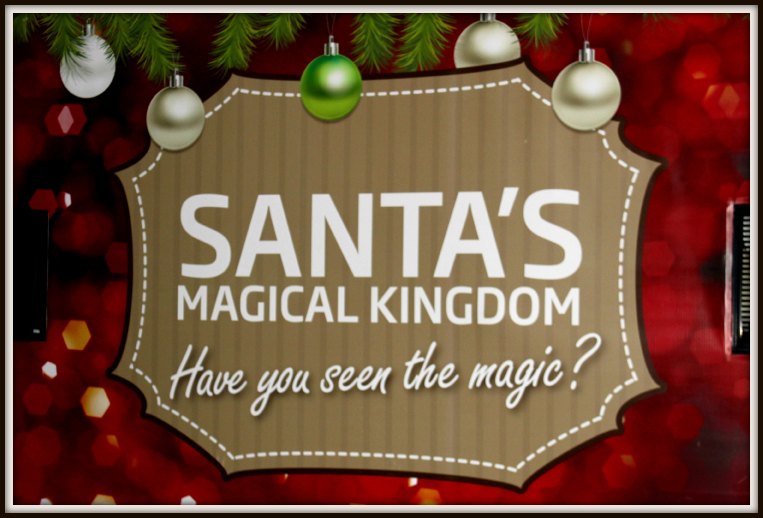 For us, it was a big drive to Caulfield which elicited a variety of different responses from each member of the family and I was wonder whether or not it would “jingle our bells”!! About 1.5 hours into the drive (to make matters worse we got stuck in peak hour traffic) Isaac declared it was time to go “home”, I was eyeing off a hotel and wanted to just pull in there and go to sleep, Tim wanted to smack his own head against the steering wheel and when Alegría paused between her 1000th and 1001st question of the journey our little girl (who only had her eyes on the prize) said “I WANT TO GO TO SANTA’S MAGICAL KINGDOM!”

There is so much to see and do in each three-hour session, so there was never a lull in the entertainment. With the limited number of tickets sold in each session it meant that the flow of people was effortless, minimal to no lines for each ride with plenty of space to move around in.

Inside the undercover dome, most activities were free. There are 6 amusement rides, the McCormick gingerbread man decorating area, Aeroplane Jelly craft area where the kids coloured in a Christmas bauble, letter writing with Mrs. Claus, a spectacular walk through snowland where the Snow Princess and Snow Maiden from Hans Christian Anderson are happy to pose for photographs. 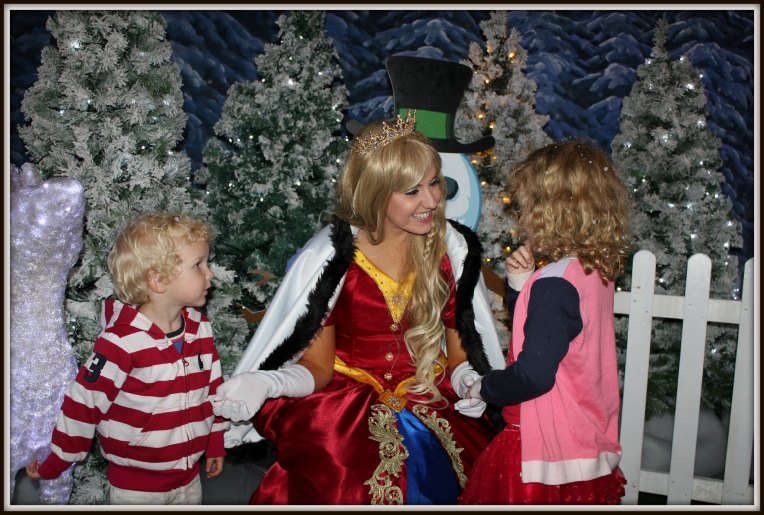 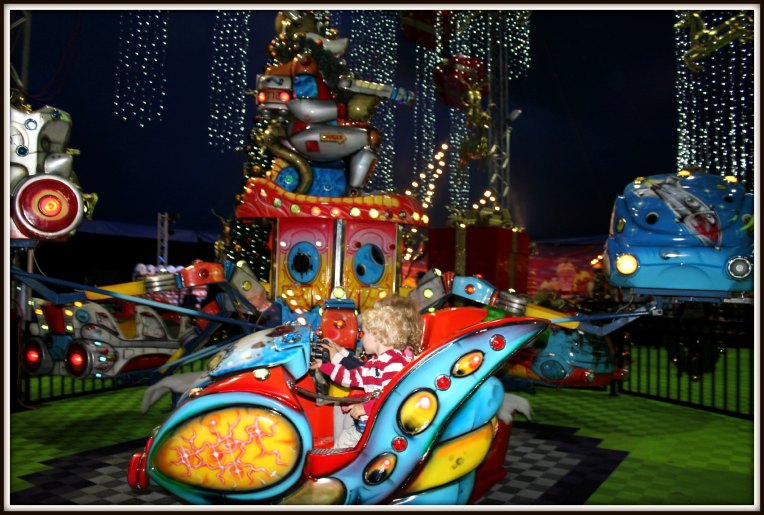 Of course, you can visit Santa in his special room (there is actually 4 Santa’s) and photo packages range in price from $25 upwards. You don’t have to get a photo though, you can visit him and he will give the kids a present – for free! Families can request to see the same Santa for continuity! The Santa we saw was fantastic although Alegría wanted to know what was in the other rooms ….
For a small fee ($5) you could play the carnival game or buy a gift from the merchandise stand.

Outside, was the HUGE euro slide, an older kid swinging ride and a partially enclosed ferris wheel. 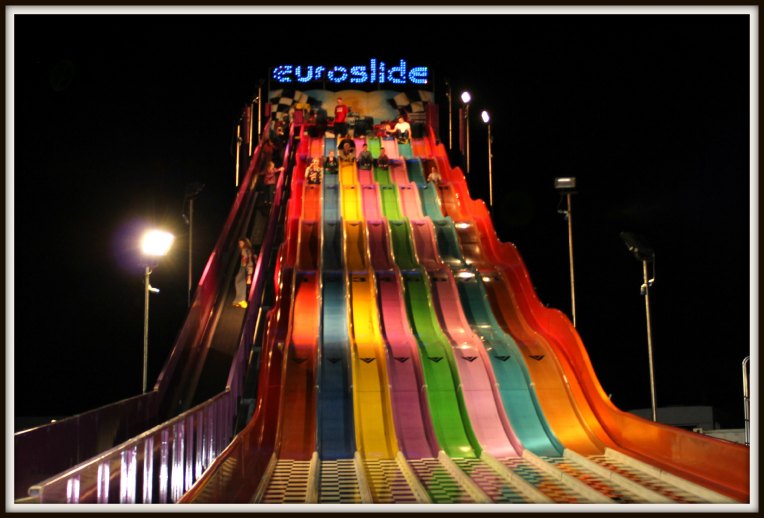 If this wasn’t enough to fill your 3 hours, then a Christmas themed circus show (which is also included in the entry price) will have you entertained (or if you only want to watch a bit of it, all of the rides are still operational in this time!).

We have been asked if it was worth the entry price (between $35-$40 per tickets for everyone over 2 years old) and whilst that’s hard to define, since our visit Alegría has asked to go back to Santa’s Magical Kingdom probably every second day! She clearly had a great time and Isaac enjoyed it, so for us it would be worth it as a special Christmas treat and is something you could budget for throughout the year.

We were given tickets to Santa’s Magical Kingdom for the purpose of this review. As always, our opinion is honest and unbiased.

We have had such fun reading your entries for our Santa’s Magical Kingdom and CATS the Musical competitions!

and congratulations also to …

Congratulations to all our winners – watch out for an email from us soon!

If you would like to purchase tickets to either of these awesome events then here is the nitty gritty:

We have been eagerly awaiting Santa’s Magical Kingdom’s return to the Caulfield Racecourse in Melbourne this year, as it promises to be bigger and better than ever! We are also excited that our friends in Sydney are also able to join in the magic of Christmas this year when it opens for the first time at Sydney Olympic Park.

If you are new to the world of Santa’s Magical Kingdom – it is a festive family-friendly event with tickets selling out in Melbourne for the past 3 years!

• Snowland with the all new Snow Castle

• A free gift, when you meet Santa

• Gingerbread Land, where you can decorate your own gingerbread man 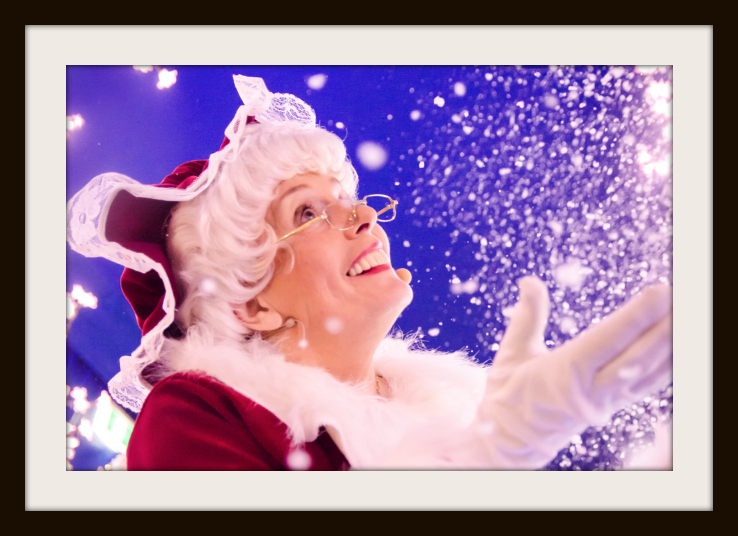 • Amusement Rides & Games, including laughing clowns, a Carousel, Santa’s Sleigh Ride, the Giant Ferris Wheel and one of the Largest Super Slides in the country!

WE HAVE AN EARLY CHRISTMAS PRESENT FOR TWO LUCKY FAMILIES!

For your chance to win:

Competition closes at midnight on the 1st of November, 2015. Good Luck!

Open to residents of Victoria and New South Wales, Australia only.  By entering this competition, you agree to subscribe to the Kidding Around Australia mailing list, if you are not already subscribed. Your privacy is protected and you can unsubscribe at any time. By entering this competition, you are also agreeing to all other terms and conditions.

This is a game of skill not a game of chance. Entries not filling in all the required fields and answering the question will be deemed invalid. The winner will be chosen by originality and creative merit, by a non involved party. The Judge’s decision is final and no correspondence will be entered into.

One entry per household. Prizes are not transferable, changeable or redeemable for cash. Kidding Around Australia will not be held responsible for any loss, injury or damage that occurs in connection with the prize or the winners participation in the promotion.